I cover Watch Dogs, the latest game from Ubisoft – a science fiction, third person open world game set in the near future of Chicago. 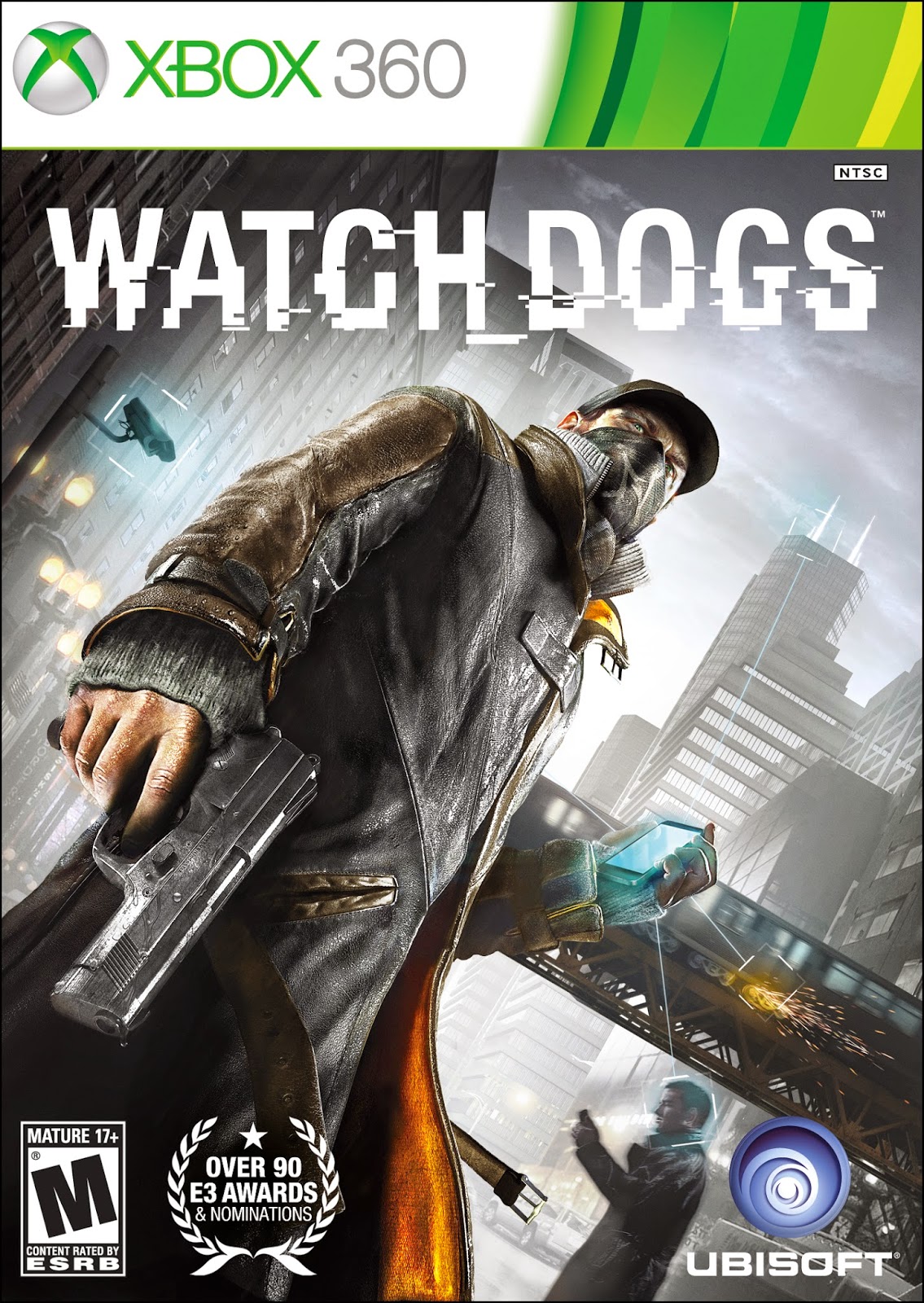 I seem to be one of the few people who haven’t upgraded to next gen yet, and I don’t have Xbox Live – so because of this I missed out on a few big games already this year. Titanfall came and went, as did Infamous: Second Son for the Playstation 4. However, one of my most anticipated games for this year was Watch Dogs – which I was looking forward to ever since it was announced, and for the most part, despite the fact that not a lot of people seemed to like this game – I enjoyed it and it will probably factor somewhere within the upper end of the list of games that I play this year.

You play as Aiden Pearce, a vigilante in a near future Chicago where pretty much everything is connected to the internet and high powered technological systems – and one of the better mechanics of this game is that you can control pretty much anything that you want at will – for example, if you’re escaping from the police – you can raise bridges to prevent them from chasing you or in the middle of a firefight raise and lower barricades for protection at will. It makes for a unique way of interacting with the scenery and is one of the games’ selling points.

The storyline is complex and entertaining. Whilst Pearce himself is a bland male lead action hero with nothing much else going for him – we get to meet far more colourful characters down the line, such as the hacker/tattoo artist Clara Lillie – and they play a predominant role in the storyline. However, the main action is focused around Aiden – who, as the vigilante – is dealing from the loss of his niece Lena in an accident, finds himself drawn into a compelling web of conspiracy that grows further as the game progresses. As well as Clara, we are also introduced to Raymond “T. Bone” Kenney, a former ctOS engineer, Jordi Chin – a “fixer” who is Aiden’s hire partner – and multiple other characters that populate Aiden’s world.

The mission variety is enormous. There are tons of missions that range from stealth, action packed to car chases and prison raids and you’ll find that the game consistently remains exciting throughout. Whilst it’s not perfect, for reasons that I’ll touch onto later – the storyline for the most part is played out very well as a coherent, engrossing and entertaining campaign that took me a good few weeks to complete.

The open world layout of Watch Dogs is vast and there are many diverse areas to explore, from the centre of Chicago itself to the rural areas of Pawnee – allowing everything to look visually brilliant. The designs are great and whilst there are some problems such as cars don’t appear on the road until you drive closer to them at least on the Xbox 360 version, these are only small bugs that can easily be ignored.

As Pearce, you’re given a phone that is your tool into hacking into pretty much anything. You can analyse random civilians on the road and learn information about them – one may be a comic book collector or another may be a running enthusiast for example – and there’s even one who was an employee at Abstergo Industries in a shout-out to Ubisoft’s popular Assassin’s Creed franchise.  The phone also allows you to raise bridges, change traffic lights and create carnage on the road in order to aid you in certain missions – creating several interesting scenarios.

The film on paper is a revenge story but ultimately becomes a more complex beast as it progresses, especially once you’ve met all the major players. Whilst the ending isn’t as satisfying as I would have liked it to be with relatively underwhelming villains (after all, they should be easily thinking a lot bigger with what they have in the world available), the storyline for the most part manages to be successful as I’ve already stated.

Outside of the missions, there’s plenty to do. Side-missions range from racing cars through checkpoints against a time limit with the police on your tail to chasing down criminal convoys – and although they can be repetitive that can be solved by mixing the activities up as you go along.

There is only one hacking puzzle minigame that you have to do to progress in the main storyline and it’s fairly easy to complete. The real strength of the hacking however lies in the open world environment where like I’ve mentioned above, it really comes into its own – and it’s very satisfying pulling free of an intersection in your car and switching the traffic lights – and it will five times out of ten cause a collision and destroy your pursuer’s vehicles.

There are a few problems with the gameplay though. The car chases are weak and they suffer from becoming repetitive after a while and the fact that you’re not allowed to shoot and drive leads to some complicated scenarios, which is a shame. And I’ve already mentioned the unlikable/uninteresting lead.

However, if there’s a sequel to Watch Dogs I will quite happily buy it based on what I’ve seen here – if you’ll remember with the Assassin’s Creed franchise how much the second one improved on the first – and despite its flaws I can recommend it. However, I have heard problems with it running on PC though – so maybe stick to consoles with this unless they have fixed the error.