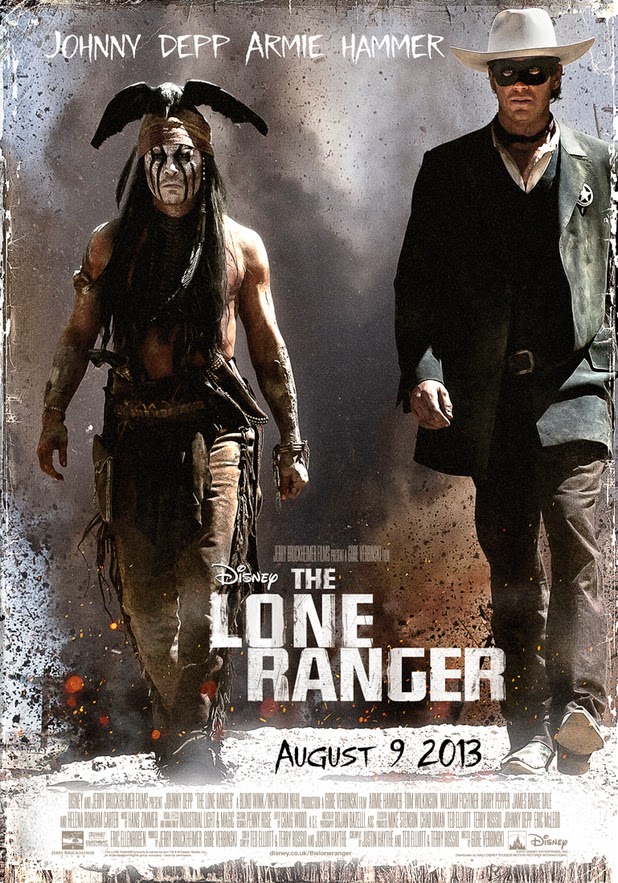 I love westerns. There’s a reason why The Magnificent Seven is probably one of my favourite movies that I’ve seen. It’s so good, and it’s almost a shame that there hasn’t been as many new western films as I would have perhaps liked in the past few years. The genre perhaps is better suited to television, with shows like Justified, Longmire and Hell on Wheels all being must-watch pieces of entertainment. Given my love for the western genre it was a no-brainer that I’d check out The Lone Ranger at some point, despite the somewhat negative reception that it received at the box office. I was interested to see how it turned out, and when I got the chance to watch it, I’m going to admit that there were, ahem. Plenty of issues, but one thing’s for certain though, is that it remained mostly entertaining, and really picked up in the final twenty minutes which contained some of the most fun that I’ve had with a film so far this year.
In 1993, a young boy discovers an ancient Native American, Tonto (Johnny Depp) in a sideshow carnival tent. Tonto was once the companion of John Reid (Armie Hammer), a lawman who was once known as the Lone Ranger. At last, Tonto has the opportunity to recall the adventures of himself an d Reid, as they hunted down outlaws from the wild west such as Butch Cavendish (Wiliam Fichtner). The stage was set for a pretty good film, but for starters, I could have easily done without the scenes in the carnival tent. They didn’t work and often cut away from the storyline and completely pulled you out of what was happening at the time. It would have been so much easier to tell a straightforward story set in the Wild West, and the pacing would have probably flowed better as well.
One thing that did surprise me was actually how dark that The Lone Ranger turned out to be. There’s a pretty gruesome scene that you certainly wouldn’t expect from a Disney movie, even if it does manage to maintain its light heartedness throughout, particularly through Depp’s Tonto, who’s essentially playing Jack Sparrow only in the Wild West. The period is the only difference between these two characters, take that away and you virtually have one and the same.  Arnie Hammer’s John Reid however does serve as a watchable lead character however, but don’t really go in expecting much depth to both of them, especially when there’s virtually no tension as to whether or not the character will make it out alive of certain events. (He’s the Lone Ranger, he will.) There’s also Helena Bonham Carter, whose character Red also isn’t fleshed out. So if you want a film about character than this probably isn’t your strong point. It’s also worth pointing out that the villains are pretty weak as well, which is kind of a shame given the potential here.


The best part about The Lone Ranger is its action sequences towards the end, the roughly twenty minutes of sheer awesome fun that is really well done. If you fall asleep during the movie you’ll want to wake up for this part, because trust me, it’s worth watching. The ending is done so superbly well that it’s almost like a different film altogether, and with the fantastic score, Hans Zimmer with William Tell Overture playing in the background, really works. It’s memorable and action-packed, and no matter how much more I enjoyed 2013’s Man of Steel, I still think that this probably had one of the best final acts of a blockbuster in that year. If only the rest of the film had been as good as this, then I might be labelling The Lone Ranger as one of the best movies of the year.
However, sadly, that’s not the case. It’s ultimately a disappointment for the most part with some clichéd characters, humour that doesn’t always work and feels out of place,  and the cutaway scenes to the Carnival really didn’t work. If you manage to stick around to the end though, you’ll find yourself rewarded, because the final act really does pay off. It could have done with being a lot shorter than its running time, and would have been more helpful if it was able to decide on what genre it wanted to be, with a clear divide between the film’s darker moments and the more light hearted ones.