I review the Francie Lawrence-directed sequel to the film adaption of Suzanne Collins' dystopian Young Adult series, Catching Fire, which follows on from the events of The Hunger Games and continues the adventures of Jennifer Lawrence's Katniss Everdeen. 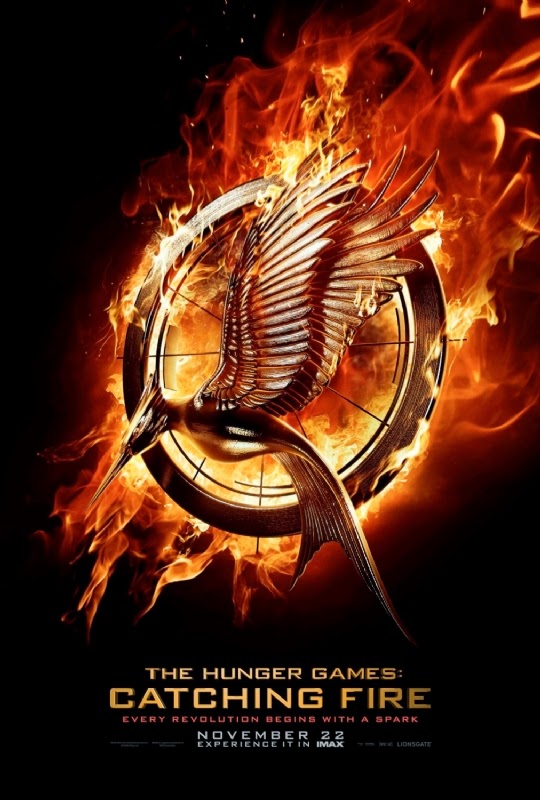 I went into Catching Fire with serious doubts. I mean, don't get me wrong, I loved the first novel, and the first film. However, when it got to the second book, I hated it. In fact, Catching Fire is probably to this day one of the worst novels that I have ever unfortunately read, which was why I was so torn on whether I should see this film at the cinema. When in the modern age most film adaptions of young adult novels suck even worse than the book (with The Hunger Games and Harry Potter being the only notable exceptions), I was always doubtful that the directors were going to botch it up in the second attempt meaning that the film would be a one hit wonder, especially when sequels also have a great reputation of not living up to the first movies. (Again, there are exceptions to that rule, with The Empire Strikes Back being the most notable one).

However, it's safe to say that Francis Lawrence, the Director - stepped up and knocked the ball out of the park, delivering a stunning sequel that has me really anticipating the final act, which will - unfortunately like Harry Potter and Twilight, be split into two parts. The film is so much more engrossing and captivating than the book, and they manage to make Katniss feel a lot more sympathetic and less of a jerk than the novel made her out to be, but that was in large part due to some good acting from Jennifer Lawrence, who really aces the role of Katniss.


Victors of the 74th Hunger Games, Peeta Mellark (Josh Hutchinson) and Katniss Everdeen now find themselves on a Victory Tour of all the Districts, with strict orders from President Snow (Donald Sutherland) to convince the population that the love between Katniss and Peeta was real, and not defiance against the Capitol. Following the Tour however, it becomes clear that this has only intensified revolutionary movements - and even the marriage between Peter and Katniss cannot stop the games. So in order to dispatch the revolutionary movement once and for all, Snow organizes a special reaping where only Victors of previous Hunger Games must enter the arena. And so Katniss and Peeta must enter the Arena one more time, but with one difference. They're battling against hardened killers, who are veterans of their own games.

One of the biggest problems with the first Hunger Games movie was that it felt relatively boring before the beginning of the actual games and even then there wasn't that much excitement. However, with the Victory Tour and the increasing amount of resistance, the Director manages to make the build up a lot more interesting, as well as wisely cutting the amount of time spend in the preparations for the games. It feels a lot tighter than the first film, as well as fresh - despite the fact that this is similar to the book we never got the feeling of 'been there, done that' with this movie, which was my main issue with the novel.

Despite the impressive performance of Katniss Everdeen, she is not the only person worth talking about here. Woody Harrelson's alcoholic mentor Haymitch Abernathy is one of the most enjoyable characters to watch with some good scenes, and Phillip Seymour Hoffman puts in a good performance as Plutarch Heavensbee, the new Gamemaker. Josh Hutchinson's performance as Peeta is fairly unforgettable compared to Jennifer Lawrence however, who steals the show once again.

Whether the series can maintain the momentum for the final act remains to be seen however. There were a few problems in this one and there were parts where it felt as though it could have been shorter, despite the pace being an improvement on the last movie. Lawrence herself puts in a performance that is prehaps too good for the rest of the actors, because aside from Harrelson and Hoffman they are all pretty much interchangeable, and Liam Hemsworth's Gale is particularly bland.

So despite the flaws - which include a weak ending among them, Catching Fire is a worthy sequel to The Hunger Games that improves on the book in several aspects.