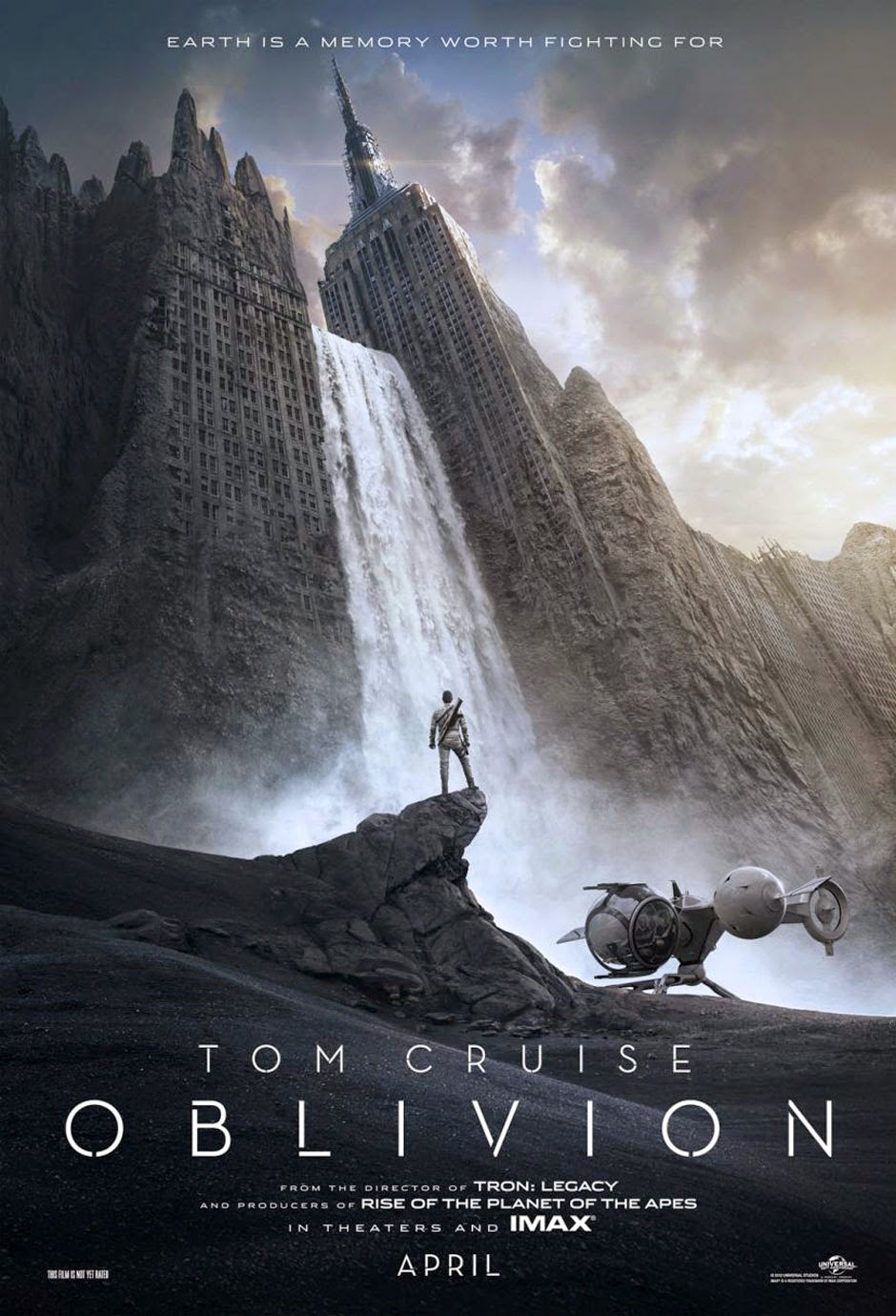 Oblivion is a movie that I’ve been wanting to see for a while now despite its mixed reviews. I’m not the biggest fan of Tom Cruise but he has been in a few good movies lately, including the likes of 2011’s Mission Impossible: Ghost Protocol and last year’s Edge of Tomorrow. I was hoping that Oblivion would turn out to be more like the latter, a fun science fiction movie, but as it turns out, Kosinski forgets the fun part, making Oblivion one of the more boring, and unoriginal movies to have been released in recent years that unfortunately renders viewers feeling disappointed.

In a post apocalyptic future, where humanity won the war but lost Earth, Jack Harper (Tom Cruise) and Victoria (Andrea Riseborough) are the last repair team on the planet, having to protect various drones and oversee extraction of vital rescources from the planet to Titan, where humanity is based now with Earth no longer inhabitable. They have to stay behind because their protective drones are frequently under attack from Scavs, a terrifying threat lurking in the shadows – but their stay on Earth is coming to an end, and soon they will join the rest of their species. However, when Jack rescues a woman  (Olga Kurylenko) from a crashed spacecraft, everything changes, and things rapidly start to unravel to the point where nothing is as it seems.

On paper, this looks like a great movie. The cast is decent – Game of Thrones’  Nikolaj Coster-Waldau joins the always watchable Morgan Freeman, and whilst Tom Cruise simply plays himself, like almost every other movie that he’s in, the acting for the most part is pretty solid, even if there are career-defining performances here. The special effects are fantastic as well, with some stunning visuals making this film look visually superb. The cinematography is great and the atmosphere is really well created, with director Joseph Kosinski pulling off the science fiction feel of the film very well indeed. There’s just a few notable problems that prevent Oblivion from being as good as Edge of Tomorrow turned out to be.

Sadly, there’s nothing original here. It wants to create its own identity but there are so many different things borrowed from other movies that it never feels original enough – which is a problem, because the ending twist will be somewhat predictable, and it takes too long to go there, with the film being relatively slow moving through much of its running time which is a shame as it just feels dull. However, when the plot calls for some fast paced action sequences, Oblivion doesn’t disappoint. I just kind of wish there would have been more of them.

The soundtrack looks and feels great. This is certainly one of those films that would have looked better and suited a bigger screen, but the director has forgotten about creating some good characters as well as creating a story that doesn’t feel like a cheap knock off of better movies – if you had the choice between seeing this and Moon, I’d recommend you go and see the latter any day of the week. It’s so much better than what we have here.

Oblivion then is, despite an interesting premise, good cast and stunning visuals, is mostly a letdown in terms of story and plot. However, it’s not completely unwatchable either.