I offer my thoughts on Genevieve Cogman’s gripping fantasy novel, The Invisible Library. The book hits shelves on January 15, published by Tor in the UK and the USA. 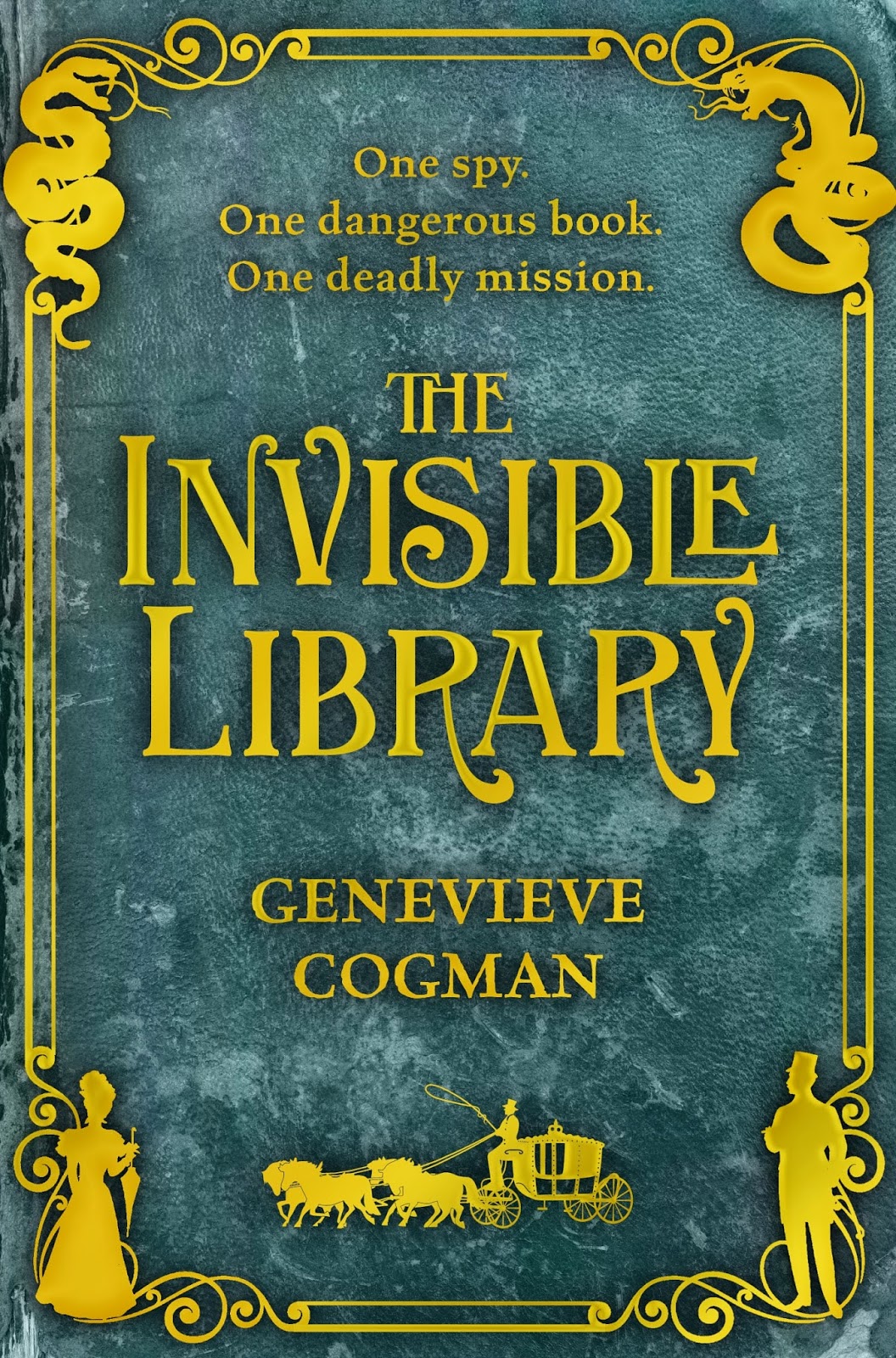 Irene must be at the top of her game or she'll be off the case - permanently...

Irene is a professional spy for the mysterious Library, which harvests fiction from different realities. And along with her enigmatic assistant Kai, she's posted to an alternative London. Their mission - to retrieve a dangerous book. But when they arrive, it's already been stolen. London's underground factions seem prepared to fight to the very death to find her book.

Adding to the jeopardy, this world is chaos-infested - the laws of nature bent to allow supernatural creatures and unpredictable magic. Irene's new assistant is also hiding secrets of his own.

Soon, she's up to her eyebrows in a heady mix of danger, clues and secret societies. Yet failure is not an option - the nature of reality itself is at stake.

The Invisible Library is a novel with very interesting ideas and has plenty of things going for it. It’s fun, , imaginative and entertaining, and feels very similar to several TV shows that most people will enjoy. It’s kind of like a mix of Doctor Who, Fringe and The Librarians (a New TV Series on SyFy – that’s awesome), and will certainly be worth your time if you intend to check it out.

The characters themselves are part of what makes the book so enjoyable. Irene, our main female lead, is an excellent protagonist and her chemistry with her assistant, Kai, is pulled off very well. The characters both have a nice dynamic and it’s good to see their development changing over the course of the book. With Irene having spent all her life in the library and Kai being a relative outsider, it’s clear to see how their different worlds have changed the characters. Their development was strong and I suspect for many, the characters will probably be the highlight of this series.

Genevieve Cogman has crafted a well paced, smart and fun novel that will certainly be a quick read for most people. There aren’t any elements where the pacing feels off and neither is there any major flaws that detract from other books. It certainly feels like a welcome break from any grimdark fiction that you’ll read lately, and if you’re looking for a book with a lighter tone than The Invisible Library will be right up your street.

With some great humour, The Invisible Library also benefits from a well developed world that will be interesting to explore in the sequels – of which I will be looking forward to reading for sure. The titular library has a very powerful effect on the book, and its presence is felt indeed, feeling like a character in its own right.

There’s a lot of magical and supernatural intrigue that’s packed into this series and due to Cogman’s writing it never feels like the author is trying to cram too much in, too quickly. The plot moves along at a rapid pace and whilst it’s enough to stand on its own, the book has plenty of unanswered questions that could be expanded upon in future novels.

Genevieve Cogman offers an addictive start to a new series that can only get better as it progresses, with The Invisible Library only touching the surface of what we can get from this new world that readers will find themselves in. As mentioned above, if you’re a fan of the likes of Doctor Who, Fringe or The Librarians, or in fact, just fun urban fantasy in general, you won’t want to miss this.