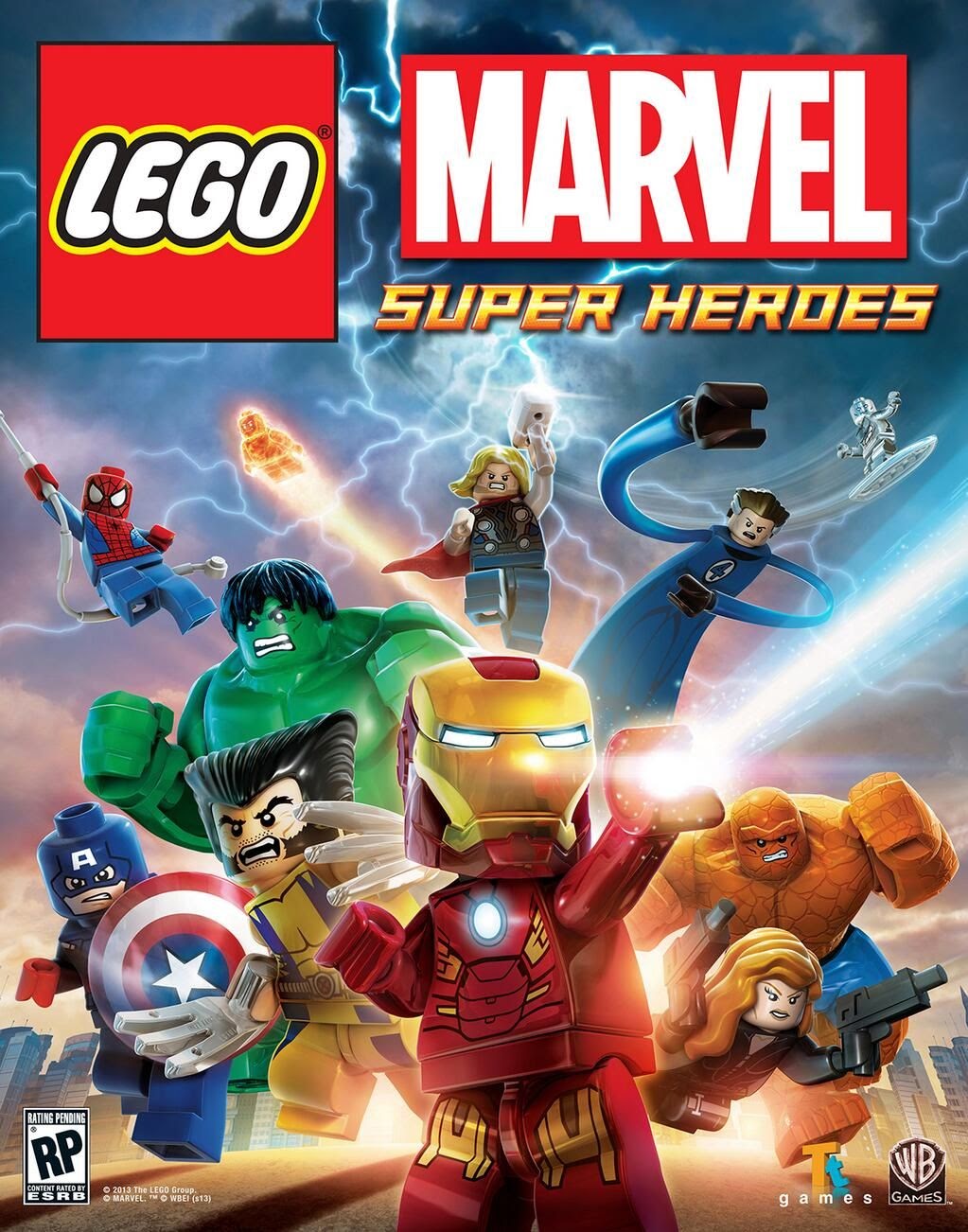 Marvel Comics haven't had the best track record with games. It's one of the things that DC does better, thanks to the excellent Arkham series. However, when LEGO Marvel Superheroes hit shelves, I was looking forward to getting it and knew I had to pick it up when I could, mainly because I love the LEGO games - despite having only played Indiana Jones and Star Wars, they remain consistently fun and I was hoping that they could bring that awesomeness into the Marvel Characters.

Easily the best thing about this game is the choice of characters on offer. You get a literal A-Z list of characters and lesser known superheroes are there which is a welcome surprise. The likes of the core Avengers, Iron Man, Thor etc, show up - and unlike the films, you get to see what would happen if the Fantastic Four, Spider-Man and the X-Men shared the same Universe, with an interesting mix of diverse choices on show. The lesser known characters like Leader and Black Bolt make an apperance as well, making it an incredible achievement by the Marvel team to get such fun choices in there. My only complaint (which isn't really anything major) in this department is that it could use a tad more X-Men, with the forms of Shadowcat and Rogue being noticeably absent (which is frustrating in a game when Tony Stark in his underwear is playable).

The length of the game is around twelve hours worth of playing time but there's unlimited potential on offer here in turns of replay value (for example, in true Lego game style, parts of missions can only be accomplished with characters that can only be unlocked after you complete the mission - encouraging you to go over and redo a level), and the fact that the New York open world is there makes this game very entertaining indeed. As well as the main missions there are several side ones, designed so you can unlock characters not playable in the mode.

The fun storyline fits in tone with the previous LEGO games, bringing some humour to life and balances a mix of characters very well indeed. One mission you'll be with Hawkeye, Black Widow and Spider-Man fighting in New York and the next you'll be in Asgard chasing Loki and the Destroyer with Thor and a selection of Earth's Avengers including the Human Torch. Each character is given special abilities (for example, Black Widow can turn invisible) and whilst some make sense and fit the character, the others aren't, with Wolverine's digging being a noticeable example that just feels out of place given the character.

The puzzles aren't anything new when it comes to LEGO building - if you've played a game in the past like I have then you'll be familiar with what's on offer, but one thing that I did like was the rotating split screen - when you were working with a friend (who can drop in and out any time) the split screen would move to fit where they were going - meaning you were never limited to the same area the way you were with the Star Wars games.

In conclusion then, LEGO Marvel Superheroes is one of the most fun games that I've had the chance to play. It's fun for adults and children alike, and if you're a fan of either Marvel or LEGO (or both), then this game is a must buy.