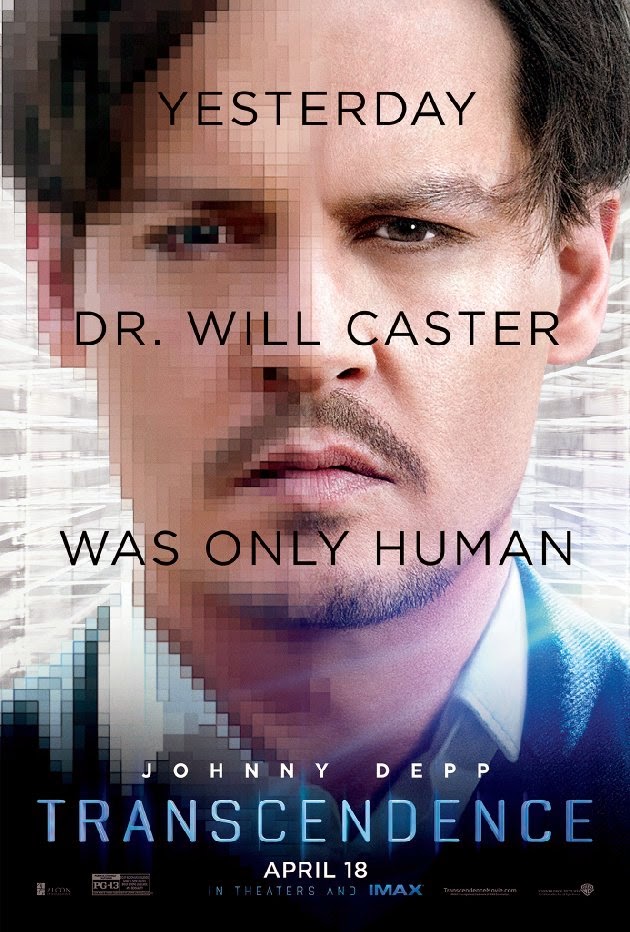 This film was originally something that I was really looking forward to and before the reviews started coming I believed it would be one of my favourites at the end of the year. After all, The Dark Knight Trilogy which Pfister has worked on is one of my favourites – if not my favourite series of movies of all time, and with an impressive cast of Johnny Depp, Rebecca Hall, Paul Bettany, Morgan Freeman and Kate Mara it looked like you had a winner.

The real question here is What Went Wrong? It was a movie so full of premise and potential but in the end, it turned out to be little more than a nicely polished B-Movie which is a real shame considering this film could have been so much better. I don’t hate it as much as other reviews seem to do, but for a film that I went in with high expectations, I was somewhat disappointed when I finally got around to watching it on DVD.

However, first let’s get the plot out of the way. Dr. Will Caster (Depp) is the most prominent researcher in the field of Artificial Intelligence, working to create a sentiment machine that combines the knowledge over everything with the full range of human emotions. Of course, this has made Dr. Caster a controversial figure – and famous, but at a cost. He’s the prime target of extremists who will do anything to stop him, with Bree (Mara) being among their number. When Will is gunned down after giving a speech, the extremists unwittingly become an instrument in their own demise – giving him the ability to upload himself and participate in his own “Transcendence”.

But the question for Will’s fellow researchers, his wife (Hall) and best friend Max (Bettany) is simple. It’s not if they can Transcend Will, but if they should – with there being no way of knowing what he might do if given the chance.

The ideas in this film are big, yet despite that, it never truly delivers. There is, as you would expect from Pfister, some good directing on display here and some good casting choices with Depp, Hall, Bettany, Freeman and Mara all impressing in their respective roles. The visual element is well polished and imaginative – the film looks like it easily could have been a Nolan film and that is no surprise given Pfister’s background.

Now, onto the negatives. There isn’t any real sense of time, and the jumps themselves aren’t as clear as they should. Things that should have taken years happen in a matter of weeks and as a result it doesn’t really work as well as it should. There’s also the matter of logical plot holes in this film which bog it down, with characters making rash decisions unexplainably being one of them.

Whilst Depp gets the top marketing in the film, the real main characters here are his wife and Max. Hall and Bettany do pretty good work with their emotions here and it’s handled very well when it comes to character development in particular. The relationship between the Casters and their friend feels real, and it’s in part why the film isn’t a total flop.
On the whole then, Transcendence is a mixed bag. It’s not perfect but yes, it is watchable, and whilst it isn’t necessarily a must-watch film there are worst ways to spend an evening. So it’s something that comes cautiously recommended.