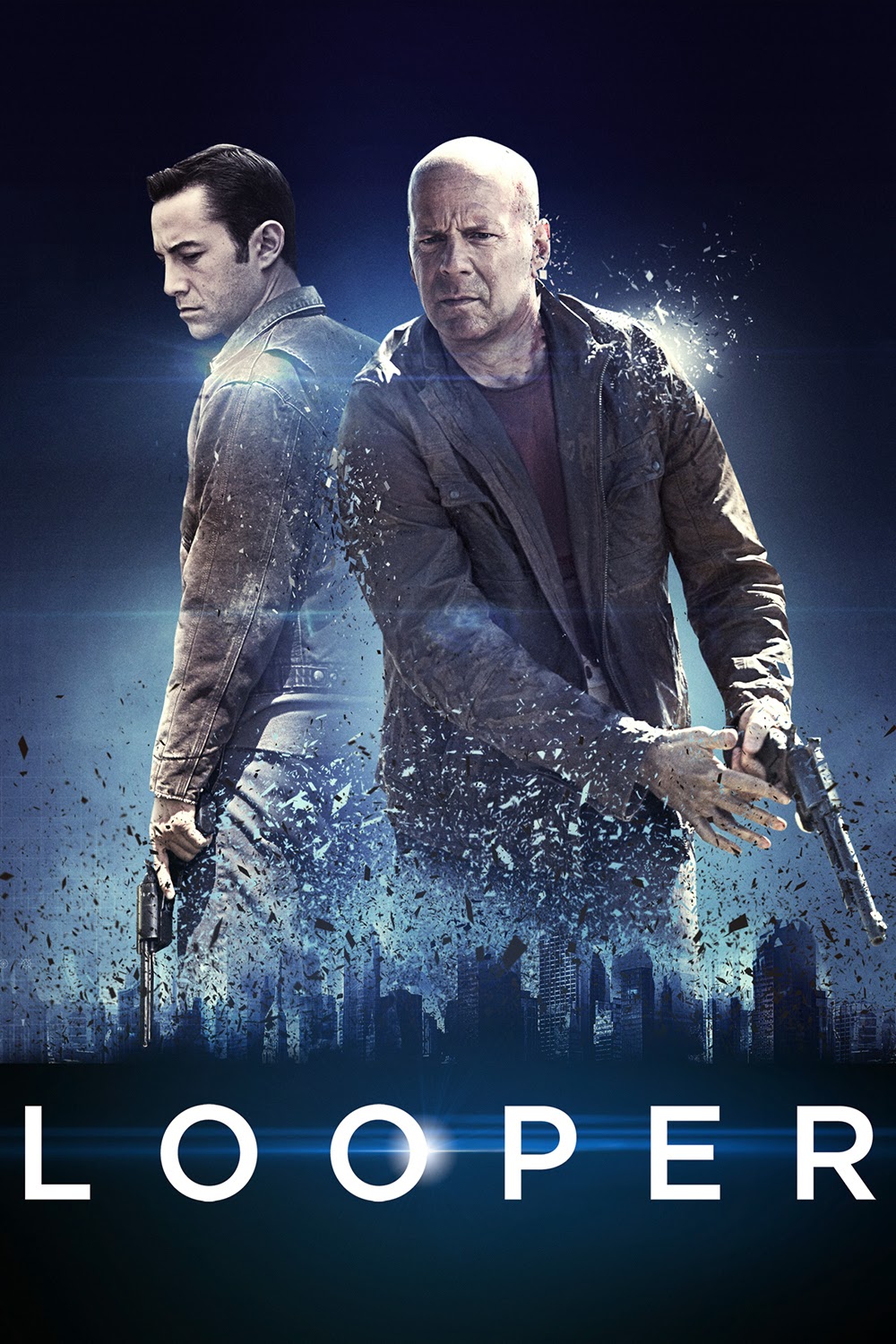 Looper is one of those films that I’ve been looking forward to watching for a while and it wasn’t until when I went on a spending spree in a second-hand DVD store (also picking up Layer Cake, Sin City, Pan’s Labyrinth and Mud) that I was able to find a copy of this, and I was glad that it didn’t disappoint, proving to be one of the stronger time-travel movies that I’ve seen - even if it didn’t entirely deliver on every front.

When Looper opens, time travel has not been invented yet. 30 Years from now however, it will be, and quickly rendered illegal and only used on the black market. When the mob wants to get rid of someone, they send their target back 30 years into the present, where designated Loopers, aka Hired Guns, will take care of the task for them and dispose the body before the person has already committed a crime. However, after a certain amount of time, the Loop is closed, and if you are a Looper, then your future self gets sent back to you for you to finish the job. That’s the problem that’s facing Joe (Joseph Gordon Levitt), who finds himself forced to make a dilemma when his older self, (Bruce Willis), comes back in time having lost a wife to the mysterious new criminal overlord, The Rainmaker, who’s hunting down Loopers and effectively closing the Loop. All the older Joe has to go on is a phone number, but first he has to convince his younger self not to kill him or turn him over to the authorities.

The plot sounds intriguing enough and the actors, Bruce Willis and Joseph Gordon-Levitt (who seemed to show up in pretty much everything in 2012) did a pretty effective job in the acting department and to do an impressive performance that convinces you that hey, these two people could be the same guy. It’s also worth noting that the rest of the cast is fairly good as well, with Pierce Gagnon pulling off one of those rare performances as a child character that doesn’t actually annoy you. Emily Blunt also gets some stuff to do as well, but ultimately, the main focus of the film is on the two Joes, and the characters are handled pretty well.

The action is fun and the film does a pretty good job at building up the tension, laying the groundworks for the world and the CGI is also used effectively, at least, until the end. The pace quickly progresses and there’s enough there so that you certainly won’t feel bored whilst watching this movie.

It’s a fairly complicated thriller that you’ll have to be paying attention to understand properly. but not one that you have to be glued on the screen for the whole film. Also, If you expected the whole film to be about Joseph Gordon Levitt vs. Bruce Willis as hinted in the trailers then you’re probably going to be disappointed, as the more science fiction elements of this movie start to come through by the second act. The film itself feels like a slow-burn as opposed to an all action blockbuster, but still manages to be entertaining despite this.

On the whole then, Looper is a fairly solid film. It’s nothing too memorable but it’s something that you’ll enjoy better than you thought it would. Joseph Gordon-Levitt and Bruce Willis are fun leads and the film is well-directed by Rian Johnson – enough so that I’ll be keeping an eye on any future films that he can bring to the table as well as any previous efforts.