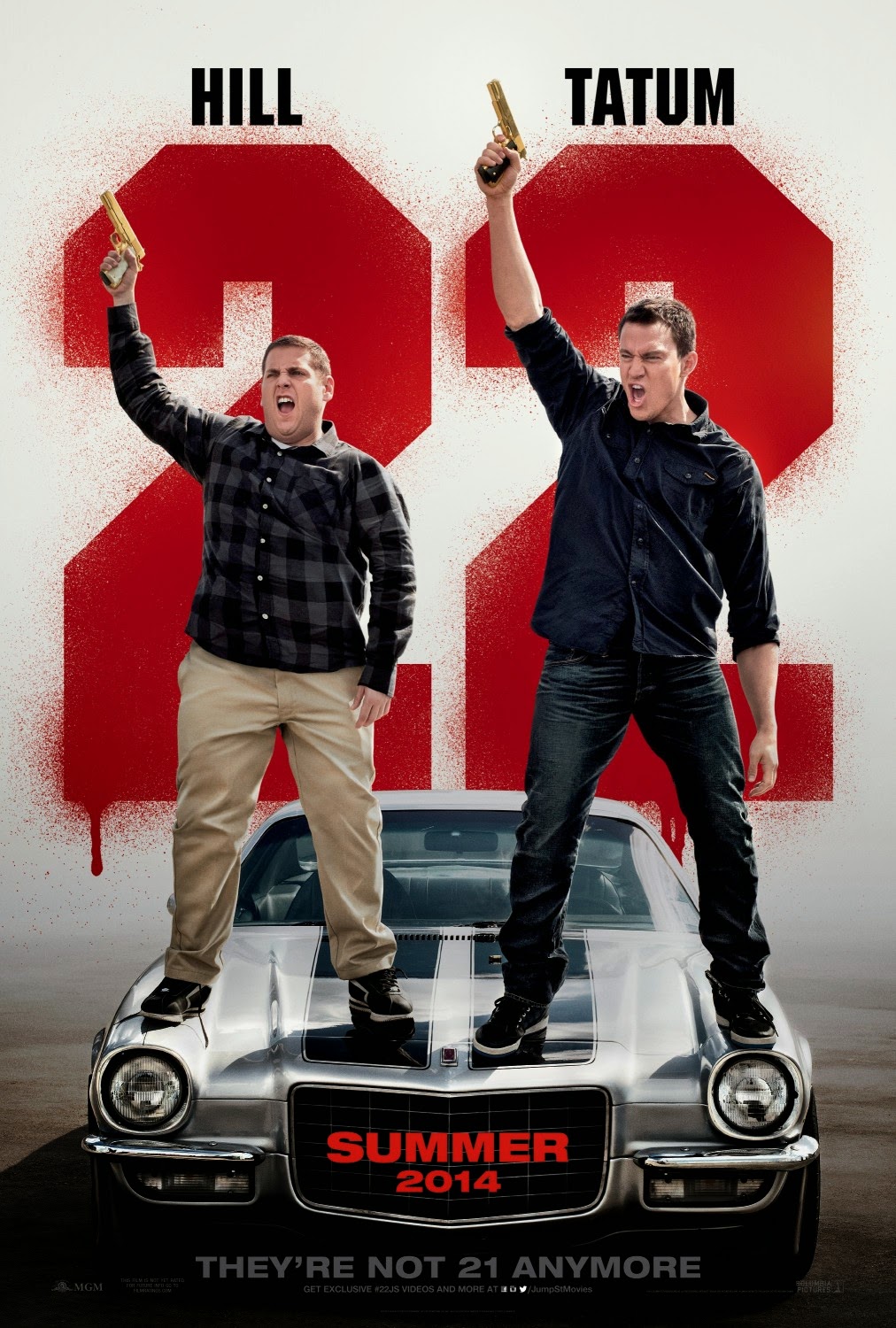 I’m generally not a big fan of comedy movies, preferring to stick to the small screen where shows like Parks and Recreation and Brooklyn Nine-Nine, as well as political talk shows like Last Week Tonight With John Oliver and The Daily Show With John Stewart are more my thing. However, every now and again I do decide to venture into comedies on the big screen and it can occasionally have mixed results (see: last year’s Bad Neighbours). But one thing’s for sure, 22 Jump Street is certainly one of the more positive experiences with movie comedy that I’ve had in a while, offering a great, delightful meta that poked fun at 21 Jump Street (which I haven’t seen), and served up a wonderfully entertaining 112 minutes.

Although they have made their way through High School (Twice), successfully, cops Jenko (Channing Tatum) and Schmitt (Jonah Hill) find themselves thrust back into their undercover roles as two College Students in an attempt to bust a drug group. However, once they start settling into College, Jenko and Schmitt start to become separated from each other, with Jenko finding a home in the football field whilst Schmitt infiltrates the bohemian art-major scene. This delightfully fun set-up for a plot allows for some very funny jokes, helped along by some excellent chemistry between the two lead actors, as Tatum and Hill really are one of the main selling points of this movie. It just wouldn’t work as well if their chemistry wasn’t so good, and it’s great to see that they’re on top form.


The jokes are hilarious, and more than once I was laughing throughout the movie. Starting with an opening sequence where Schmitt gets an Octopus stuck on his face, the fun adventures of the two cops continues from there, with some fresh jokes that don’t feel like your typical comedy. It’s very meta as well, but despite the fact that 22 Jump Street pokes a lot of fun at the first movie, it’s still, as I found out, pretty accessible. There’s even a “Previously On..” segment at the beginning which is something that you’d expect from your typical CBS procedural, not from a live action movie. But thanks to the genre, it works, and Lego Movie directors Phil Lord and Chris Miller really once again knock it out of the park, making it two successful hits in a row. Based on what I’ve seen here, I can’t wait to see what they can come up with if they are directing the upcoming Flash movie, like they’re rumoured to be. With these two movies they’ve also certainly earned a spot on the list of directors that I’ll probably watch anything by as well, with some really impressive stuff going on here.


There’s never any moments in 22 Jump Street where it really feels dull and at the same time there aren’t any jokes that don’t work or feel out of place. The tone of the movie is well matched and the plot is simple, but fun, with some interesting secondary cast (Parks and Recreation alum Nick Offerman crops up as Police Chief Hardy, and the New Count Vertigo, Peter Stormare on Arrow plays the antagonist, The Ghost).that really help make this movie tick. The only negative part that I’d really attribute to 22 Jump Street is that the antagonist doesn’t really seem to be that well developed, but The Ghost isn’t really the main focus of the story, instead putting the spotlight firmly on Jenko and Schmitt.

Oh, and did I mention how good that end credits sequence was? It pokes a lot of fun at comedy movies with endless sequels and offers some great ideas at what to come, with it looking as though 22 Jump Street seems to be the last entry in the franchise (although that said, I did recently hear rumours of a bizarre Jump Street/Men in Black Crossover planned, so I could be wrong), which is a shame because if Phil Lord and Chris Miller were directing, I’d totally watch the hell out of the sequels that they presented us with. But at least I haven’t yet watched 21 Jump Street, so I can go back and check that out.