The Film Column #4: A Most Violent Year, Dr. No, Fight Club, From Russia with Love & Mad Max: Fury Road

In the fourth film column, I start my attempt to watch all of the James Bond films before the release of the upcoming Spectre movie, starting with Dr. No and From Russia with Love. Also covered is Mad Max: Fury Road, A Most Violent Year and Fight Club, all of which like usual, I watched for the first time. Well, here we go, it’s the fourth entry of this and we’re starting to see the results of my James Bond Challenge that I set myself last week and have since gone on and watched the first two movies, Dr. No and From Russia With Love in the franchise and you can find my reviews below. I also got the chance to see Mad Max: Fury Road recently as well as the quiet atmospheric drama A Most Violent Year. Also covered is Fight Club, so we have a lot of variety there. 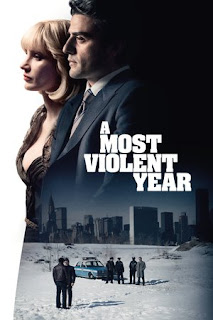 A Most Violent Year is a thriller set in New York City's winter of 1981, statistically one of the most violent years in the history of the city, following the lives of an immigrant and his family as they attempt to build a success for the American Dream. However, violence and corruption threatens them at every turn, and the Dream looks on the verge of a collapse with drastic consequences.

I've seen a few movies with Oscar Isaac in them (Inside Llewyn Davis & The Two Faces of January) recently and each time he puts in an awesome performance, no matter the quality of the movie (the former was excellent, latter less so), and that's no different here as he really shines, his chemistry with the equally brilliant Jessica Chastain being fantastic. And that's before you get to the rest of the people involved, with Bradford Young, David Oyelowo, Albert Brooks and more all making their role excellent in one of the strongest movies of 2014.

It may not quite be the fastest paced movie around, but don't let that put you off. The atmosphere is fantastic and the cinematography is amazing. Influences from the classic gangster movies clearly shine through and JC Chandor's effort is certainly something that fans of the genre should check out as it looks at the effect of the ambitions of Abel Morales (Isaac) is having on both his work life and his personal one. The period setting further enhances the movie's atmosphere and it just really works, with several stunning scenes that help give A Most Violent Year a stylish, complex feel that doesn't disappoint. 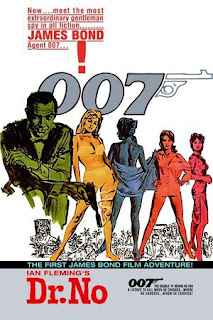 And the first part of my Challenge to Watch all of the James Bondmovies (link above if formatting works) before the release of Spectre begins with Sean Connery's debut in the very first Bond film, Dr. No, and director Terence Young gives us a pretty good effort that keeps viewers hooked through the course of the movie as it flings the famous protagonist into one situation after another, as he travels to Jamaica to investigate the disappearance of Strangeways, the British SIS Station Chief. There, Bond finds himself pitted against Dr. No, an evil mastermind trying to sabotage the American Space Program.

There's a lot of good attention to detail here when it comes to the real espionage, and whilst this isn't the most grounded Bond movie that you'll see, it's a solid, watchable start with a decent performance from Sean Connery. However, that said, there are plenty of problems with the secondary characters, with John Kitzmiller's portrayal of Quarrel, a local and one of Bond's allies being very stereotypical. And it's safe to say that Honey Ryder (Ursula Andress) isn't much better.

Not quite as smoothly paced as the most recent instalments, and suffering from a few problems in terms of the character department, Dr. No is still a solid start for the character's adventures on the big screen, having enough action to keep me entertained for the movie's running time. This is actually the first time that I've had the chance to watch this movie in its entirety as well, having previously seen only bits and pieces (as well as having to analyse part of this movie for my AS Media a four-odd years ago), so we'll have to see where we go from here. 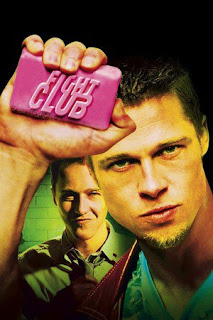 Well, I own pretty much every David Fincher movie on DVD so it was inevitable that I'd get around to watching Fight Club sooner or later, and wow, this movie was awesome. Super intense, with some good performances from Pitt, Norton and Carter, this is one of Fincher's strongest movies with a fantastic plot that packs an awesome, unexpected twist at the end which I didn't see coming. Most likely most people will have seen this film by now, so I'm late to the review game, but it handles the plot well.

Fight Club is a super intense movie that will have you on the edge of your seat from the beginning to the end. Violent, unpredictable and compelling, this movie is damn near essential viewing and comes highly recommended. 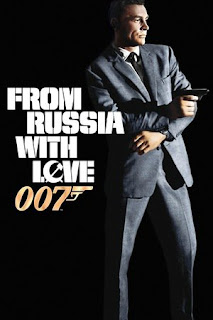 A strong, confident second outing for the franchise as Bond finds himself pitted once more against SPECTRE, the crime syndicate trying to turn the Cold War into a hot one between Britain and Russia. It's an interesting movie with several chase sequences and increased action than the last one, taking place on a more global scale with Istanbul and the Orient Express featuring as locations along with Venice. Terence Young introduces many of the classic James Bond tropes in From Russia with Love, such as the pre-title sequence, the Blofeld character and the theme song with lyrics.

The film itself maintains a sense of realism throughout production as well, with Sean Connery putting in another decent performance in his second outing as Bond. There's a lot more reliance on espionage and spy work however that said, the dated sexism is still present. But that said, the groundwork in From Russia With Love such as the further establishment of SPECTRE and MI6 is something that crops up further down the line and will no doubt be very interesting as I get the chance to watch more movies from the franchise further down the line.

What a lovely day indeed, because as well as discovering that my cinema's ticket prices are a lot cheaper on a Monday than they would normally be (Either Bargain/Special Mondays, I forget the exact name of the promotion), I got to experience Mad Max: Fury Road in all its crazy, insane, action-packed glory. I think we might as well call an end to the summer movie season because let's face it, nothing is going to top this awesomeness.

I wasn't really sure what to expect going into Fury Road as I hadn't seen the original trilogy, but the movie blew me away and smashed every expectation that I had going in. Tom Hardy kills it as the silent, haunted Max but the real star of the show is Charlize Thereon, who excels in her role as Imperator Furiosa. So many action movies fail to do more than put the main female character in there as a damsel-in-distress type character, but that is not the case with this one, with the film delivering multiple awesome female characters that really get some great screen time.

Yes, there's very little plot, but don't let that put you off. Mad Max: Fury Road is one you're going to see for the action and it certainly impresses on that front, offering a fantastic thrill ride that will have you on the edge of your seats from start to finish, and we could well be looking at not just the best action movie of 2015, but the best movie of 2015 full stop.