The Great Self Published Fantasy Blog-Off: State of Play - #2

Well, I did promise that I’d have the second State of Play in my Great Self Published Fantasy Blog-Off up this weekend, and it doesn’t come with the best of news for competitors with several books being ruled out of the running. I am slowly developing a shortlist so far of books that I will consider for my final nomination, but for now, these are the lists of the books that are 100% ruled out, for various reasons or another. If you read on, you'll also get some advice (that should hopefully be helpful), a link to the first State of Play Article as well as the full list of books that I was given to cover. 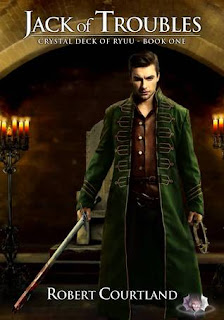 Right, you can find out below the full list of books that I got through now that that's out of the way, but first, let's talk about a few things. Most of them, apart from Fire and Ice (which I reviewed) and a few others, I failed to finish. Some have redeeming qualities, but for the most part, they haven’t quite worked as well as I would have liked. A common theme developing in these books was that they never really did enough to hook me from the start, with plenty of the titles below taking a while to get going. Alternatively, Some had promising beginnings but filtered out someway through, and there were others that needed to improve on their dialogue or characters. If you want to make me to read more you’re going to have to make me want to care about the characters, and get to know them beyond just average stereotypes (another thing that was fairly common) because no matter how well plotted the book is you’re going to need to have some characters at the heart of it that we want to support, or despise. If they’re poorly developed and we know from the first couple of pages that we’ve seen these characters before a thousand times, then the reader is less likely to read your novel. Plot is of course important, but characters are probably moreso. Think of the great character focused stories out there, that get you emotionally invested in what decisions a character names or not. For example, why does everybody get so outraged when something bad happens to a major character in Game of Thrones/A Song of Ice and Fire?

Think of The Battle of Blackwater. The Red Wedding. The Purple Wedding. Hardhome. The end of A Dance with Dragons/Season 5. Tyrion’s final confrontation with his father. We care about what happens to the characters not because the plot’s interesting (which in this case it is) but also because we've come to know and support (or loathe) these characters. We’ve followed them through several books and grown more attached to them overtime and we want to know what happens to them next. We want  Joffrey or Ramsay Snow to die. We want Robb Stark to avenge his father's death and defeat the Lannisters. During the Red Wedding in A Storm of Swords, I didn’t simply shrug and say, I’m bored now; I want to skip on a few chapters to find out what’s happening to Daenerys. I was hooked. Give us the pull that we need so that we’re talking about the characters and remembering their names long after we’ve finished the book. Don’t make us struggle to remember their names the following day. I’ve read so many books that when it’s come to reviewing them, I’ve had to look up the names of the characters because they haven’t stayed with me. Create powerful ones that have an impact, and then even if they're a cliché, the readers won't care, because they're good characters. They don’t have to be something that we've seen before. Look at Luke Skywalker, for example. A simple farmboy who becomes a hero. It’s a trope that’s been done a thousand times before Star Wars and a thousand times after Star Wars. Yet we still remember Luke’s name, and he’s gone on to become one of the most famous characters in popular fiction. Same goes for Darth Vader, as a villain. Look at what makes him memorable.

Then make your own characters unique. What would make you want to read more? If you’re finding your characters not very interesting then chances are, the readers aren’t either. Give them personalities, flaws (for example, take a foul mouthed, weed-smoking dwarf who hates society!) and character journeys with an ending (that foul mouthed dwarf has to overcome his fear of society to perform in an opera whilst secretly battling evil demons intent on resurrecting Lucifer) that has to be achieved by the end of the novel. For example, when it comes to character introductions, the opening scene in Quentin Tarantino’s Reservoir Dogs, there’s a bunch of gangsters in suits eating breakfast in a Los Angeles Diner. The dialogue is excellent, and it feels so natural. We instantly know about these characters and we know what we're in for. We instantly want to know what happens to them next, when they’re thrown out of their comfort zone. Something's going to happen, isn't it? How will these characters react to it? For reference sake, I’ve included a link for a section of the intro, if you haven’t seen the film, to get you a good idea as to what I'm talking about. (Warning, NSFW language: https://www.youtube.com/watch?v=ZKKxfeNl4uk).

Now obviously because this is fantasy the stuff’s going to be different (unless you’re doing a fantasy remake of Reservoir Dogs, or are a time-travelling Quentin Tarantino), but I’ve used this scene as an example not just because it’s from an awesome movie, but also because it doesn’t matter what’s happening at the start of the story. It could be a chase sequence with one warrior being hunted by six. It could be an epic battle fought with thousands of men, dragons, orcs and demons. It could be a wise old wizard knocking on the doorsteps of the home of Bilbo Baggins. If we instantly have a reason to care about these characters, then we don’t really care about what happens to them next. We’re in for the whole novel. You can start fleshing out the world and the plot next. What do these characters do when they have to overcome an obstacle? Remember that dwarf from earlier? What happens when he gets kidnapped by a talking dinosaur named Jeff and is going to be sold as a slave to a Circus? How is he going to escape this? Is he going to escape? Is that dwarf simply just a means of introducing the main character, who is in fact Jeff the dinosaur? We don’t really care what the scenario is (although it helps to have a well developed world and plot, too), we just want to find out what happens next. If your character is dull or boring, say if that dwarf is a weak, underdeveloped ripoff of Tyrion Lannister, then I won't care whether Jeff the Dinosaur eats him or not. Give me a reason to care. Or alternatively give me a reason why I should be wanting Jeff the Dinosaur to eat the dwarf, and then follow Jeff's own adventures. Don't forget to flesh out Jeff as well, while you're at it.

Anyway, wow. That went on longer than expected and that’s just about characters. Of course, that advice is probably going to suck because this is probably the first heavily advice-based post that I’ve actually done, so feel free to ignore it if anything seems out of place to you. But the important thing is that we have to care about the character, and for the novels below, I didn’t always care about what was going on. I wasn’t really invested. Maybe because there was plenty of exposition at the start or there wasn’t enough of a hook to pull me in. That’s the problem, because after you’ve created a memorable character, you have to create an interesting scenario next. Nobody’s going to want to read twenty pages of a lengthy prologue where a wise old mage delivers exposition to a young farmboy before they begin their epic quest. Give us an interesting character who's ideally three dimensional,  and a reason to care. Create an immediate problem. Let the character solve it. Let your readers know what we're going to be in for from the go.

I’ve probably just repeated myself here, but this stuff’s crucial to getting the reader invested, and for several other reasons. In fact, many of these reasons are actually shared with the problems that the awesome folks over at Elitist Book Reviews had with their own batch of books. So rather than just write the same thing all over again I’m going to link to their excellent website which I strongly encourage you to go and explore if you haven’t already - their advice is a hell of a lot better than mine. So have fun. Also, remember to check out the rest of the bloggers' guides as well. Mark Lawrence has a handily created a progress tracker here.

Now, without further ado, let’s get on with the books that I cut and the ones that have made it through the initial slush pile. First off, these books didn't make it, I'm afraid. Some I finished (Angelus, Fire and Ice & The Garden of Hugo Vuerloz), some I couldn't make it through.

And, these are the books that have currently made my shortlist of books for the final nomination out of the pile so far. As you can see from the full list above I’ve still got plenty to get through, so there should be plenty of time for me to change that. I will try and put up a full review of Jack of Troubles when I can.

So, that’s the second State of Play Entry done. Phew. Feel free to leave any questions, comments, observations, and any errors that you've noticed in the above text etc below. Now I’m off to finish Season 2 of Hell on Wheels.
Posted by Milo MJ at 18:44